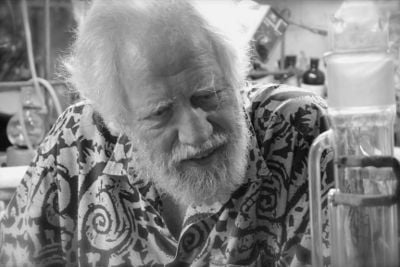 New editions are an opportunity to correct minor errors or typos and set the record straight on small issues. We are deeply indebted to Isomer Design for their careful errata in the chemistry sections of both PiHKAL and TiHKAL, which they graciously allowed us to include in the new memorial edition. These were conducted with great care—for example, mistakes are crossed out and corrections placed in line, so that alterations are clear. The result is much like a well-maintained lab notebook. Thank you, Isomer Design!

One other thoughtful emendation came from Jon Hanna, who pointed out that “The Shulgin Scale” for evaluating the potency of new psychoactive drugs was missing an element in the indices of the text and, due to this, in most reproductions elsewhere on the web and in print. This includes Erowid’s web page on the scale. Jon retrieved and corrected the full text from the original publication.

He also pointed out that the full title is “Quantitative Scale of Potency,” and that credit most accurately should go not solely to Sasha, but should also include Ann and Peyton Jacob. Credit where it is due; I’m sure Sasha would be happy to see it fully credited.

Here it is, in its full, corrected form, with the missing “MINUS” entry:

PLUS ONE, n. (+) The drug is quite certainly active. The chronology can be determined with some accuracy, but the nature of the drug’s effects are not yet apparent.

PLUS TWO, n. (++) Both the chronology and the nature of the action of a drug are unmistakably apparent. But you still have some choice as to whether you will accept the adventure, or rather just continue with your ordinary day’s plans (if you are an experienced researcher, that is). The effects can be allowed a predominant role, or they may be repressible and made secondary to other chosen activities.

PLUS THREE, n. (+++) Not only are the chronology and the nature of a drug’s action quite clear, but ignoring its action is no longer an option. The subject is totally engaged in the experience, for better or worse.

PLUS FOUR, n. (++++) A rare and precious transcendental state, which has been called a “peak experience,” a “religious experience,” “divine transformation,” a “state of samadhi” and many other names in other cultures. It is not connected to the +1, +2, and +3 of the measuring of a drug’s intensity. It is a state of bliss, a participation mystique, a connectedness with both the interior and exterior universes, which has come about after the ingestion of a psychedelic drug, but which is not necessarily repeatable with a subsequent ingestion of that same drug. If a drug (or technique or process) were ever to be discovered which would consistently produce a plus four experience in all human beings, it is conceivable that it would signal the ultimate evolution, and perhaps the end, of the human experiment.