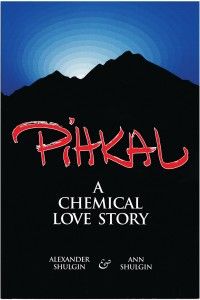 We have been busy at Transform Press working on some upcoming projects with our copublishing partner, Synergetic Press. First up are audiobooks. We are proud to announce the availability of the PIHKAL audiobook on sale now on Transform Press for a discounted price of $20, marked down from $29.99, for a limited time of two (or three?) months. The Nature of Drugs will be the next audiobook. We’ll let you know when it comes out.

Next, we know that many of you have heard that there will be a new version of The Commemorative Edition of PIHKAL and TIHKAL, straightening out the multitude of wrinkles that needed ironing. This job has been, and still is, immense. Our friend and colleague Jon Hanna took up the task to go through every line of this beautiful set of books, to hunt down and repair each typo and find each missing piece. He has done a lot of work for many months! As of now, our friends Hamilton Morris and Jason Wallach, as well as their team of volunteers, are going through the chemistry sections of the Commemorative set, not only to proof and correct the recipes, but also to update them, so they will include moles as a measurement, not just grams and liters, etc. We will have a better-than-ever set of the books when they are done. It will be well worth the wait. But wait we shall. It’s a long process, and it will be a while before the new set is available.

While the chemistry sections are being edited, we have taken Jon off of that project and steered him to another that has been waiting in the wings. It is a book of letters between the Stolaroffs and the Shulgins. [Need to add a sentence or two explaining who the Stolaroffs were and their connection to the Shulgins.] The letters span many years. Ann, Sasha, Myron, and Jean wrote to each other quite a lot, giving reports of new materials, as well as philosophizing about the universe and life, and discussing the woes of the scheduling of MDMA by the Drug Enforcement Administration as it came closer to that time in 1986. Ann reviewed these letters during the first Covid lockdown in 2020, and she pieced together the majority of the book. Now Jon is completing it. He and Tania Manning have a close relationship with Jean Stolaroff, and they both will be contributing to the “Letters” book (that is not the official name). We’re excited that it’s almost complete.

Before the Letters book is in print, we will be releasing The Nature of Drugs volume 2! This is the second of three volumes covering the class that Sasha taught at San Francisco State University in 1987. Volume 2 contains the lectures about the plants and compounds that Sasha picked as the most important ones to cover. It is beautifully illustrated with botanical images painted by Donna Torres. Keeper Trout and Stacy Simone painstakingly transcribed the audiotapes of Sasha’s lectures, deciphering his fast-paced and sometimes wacky jaunts through the information he loved to impart to students. Trout and Stacy are currently working on volume 3.

The last thing to share is that Book Three of the PIHKAL and TIHKAL series is coming, and it’s called Synthesis. Ann also worked on this book quite a bit during the Covid isolation. It’s still being formed and woven together with the help of Noelle Armstrong of Synergetic Press. It has a way to go before it’s complete, so we don’t have an estimated release date. Nonetheless, we wanted you to know that Synthesis is in the works. The title came from Ann. When I asked her what she thought Book 3 should be called (we’ve called it “Book 3” for years!), she thought for a moment and then said “Synthesis.” It’s the most appropriate title I could imagine.

As for the timing of these projects, that is not clear. The printing industry is having many problems with paper supplies, staff shortages, and a backlog of jobs that were put on hold during the pandemic. So, as many of us have realized during the past two years, we are learning to live in flux, to be flexible, and to cultivate patience!

We’ll let you know when we make solid plans for individual release dates.